Vacation in the Corporate Theater 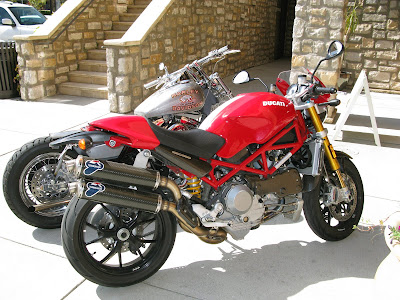 Folsom California has been really nice. Yesterday was cool and cloudy, but today was about 67 degrees and sunny with major blue skies. Allen and I took the motorcycles out for a putt putt and the riding was amazing.. the roads just as twisty as you could want, but a gentle pace made it such a relaxing ride. We went from Folsom to Coloma just amazing.. I wish I could have taken photos while I was riding, but obviously the title to this blog would be much different if I had.
Here is a video of me taking black death for a quick spin around the parking lot of this little park that we stopped at.
I was riding a 2007 Ducati S4RS which is the top of the line in the Ducati Monster series.
Tremendous power, and yet so smooth... like Butter!
Here is a photo of the two bikes where we stopped for lunch. 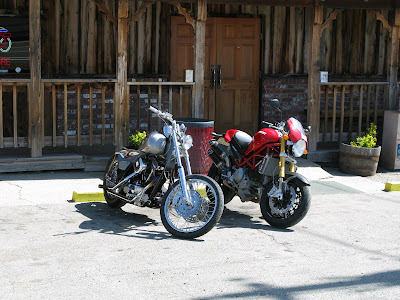 And then just a shot of Black Death for everyones enjoyment. 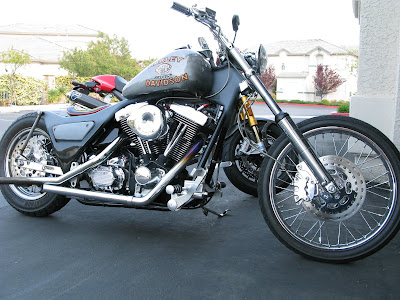 Awesome Steve....sounds like good fun. I gotta charge my bike battery and go for a spin this week! Safe riding!